After a day and a half of snow I ventured back into the city. The streets of Washington, DC are much warmer than those in Virginia, so there were even a few signs of spring to be seen. 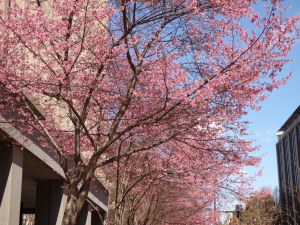 These are the steps where the iconic photograph of tiny John F. Kennedy Jr was taken as he saluted his father’s departing casket after the burial mass.

In the afternoon I walked in front and around the side of the White House, where something is always happening. This man had a very large suitcase and a sign with words in what appears to be written in English. The police seemed a little concerned about the suitcase, but kept watchful from a distance as the man appeared to pray.

I returned to the National Mall area where the highlight of my day was being in the midst of a flock of about 200 geese coming in for a landing. They came in three different waves, and seemed surprised to have me standing there. 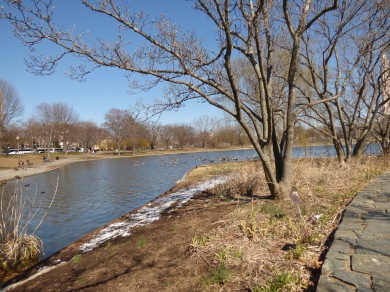 Leaving the geese I continued my walk towards the Lincoln Memorial. The reflecting pool was beginning to be filled with water. Due to the cold weather we were still having I’d venture to guess the maintenance crew was about a week early.