Thanks to train travels in the company of friends I recently felt competent enough to take a solo day trip to the city of Rouen in Normandy, a 1 hour 15 minute ride from Paris Gare Saint-Lazare. I’d never been inside the station so allowed myself plenty of time to get my navigo decouverte (Paris Metro pass) recharged before making my way to the train station. To say these stations are huge is an understatement, but I figured it our and even got to sit and observe fellow passengers coming and going. Okay, I was way early!!!

The trip was uneventful and a good bargain since I’d purchased my tickets several weeks earlier when they first became available on-line. It was a Monday and I knew some places I wished to visit would be closed for half a day (most Rouen tourist venues are closed all day on Tuesday, too). I especially wanted to see the special Cathedrals exhibit at the Musée des Beaux-Arts.

The exhibit was open in the morning, but I had to return after 2:00 to view the excellent permanent collection. Unfortunately photos were not allowed in the special exhibit, but it was fabulous. Several of Monet’s cathedral paintings were present along with a powerful Picasso. Many, many others. Here’s a link to the museum, said to have the best collection of Impressionist paintings in France outside of Paris. http://mbarouen.fr/en/the-musee-des-beaux-arts

Photos posted below include a sampling of the permanent collection. I had a smile on my face the whole time I was there and, of course, the last painting is special since it’s a view of an interior of the museum, painted by Charles Angrand in 1880. I just wish I could have figured out how to work with the light on that one! 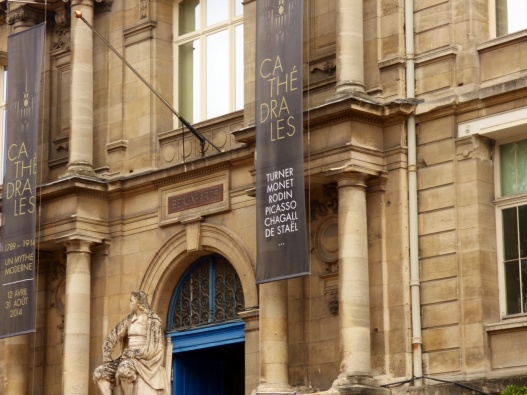 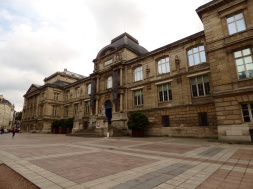 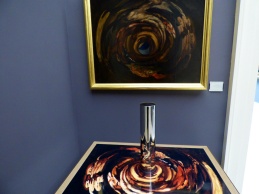 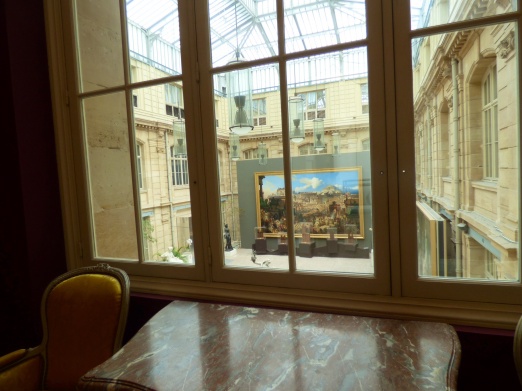 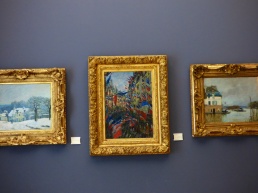 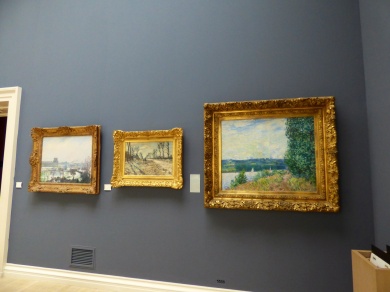 2 thoughts on “Rouen: The Artistic Side”