I suppose now I can brag about having a record on file in the oldest hospital in Paris, but in truth I’m just grateful for the care I received and the reassurance that my condition was not serious. My eye had become a concern a few days earlier when I suddenly developed several new “floaters” off to the right side. I assumed I had irritated it a bit when removing my contact lens and that the eye would soon get better. However, that was not to be the case. It appeared to be getting worse.

I wasn’t feeling any pain, but the floaters became even more noticeable to me on the trip to Auvers-sur-Oise, probably because the sunlight was so intense. By Saturday when I visited the Chateau de Vincennes and the Parc Floral, just about as far away from my apartment as I could possibly get when using the metro, I started to panic a bit (really, more than a bit). I had entered the Parc Floral after a significantly long walk through the Chateau, all the while trying to convince myself I was simply imagining the newest blips and strands I was seeing in my line of vision; in truth I knew I needed to see a doctor in case this was a sign of retinal detachment. 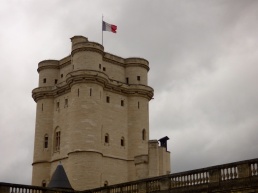 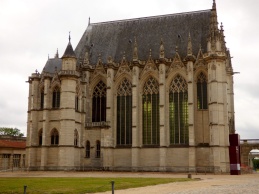 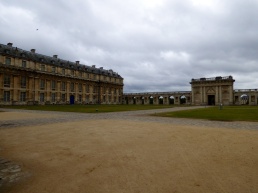 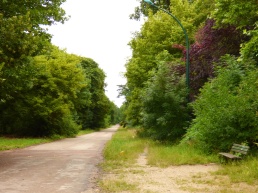 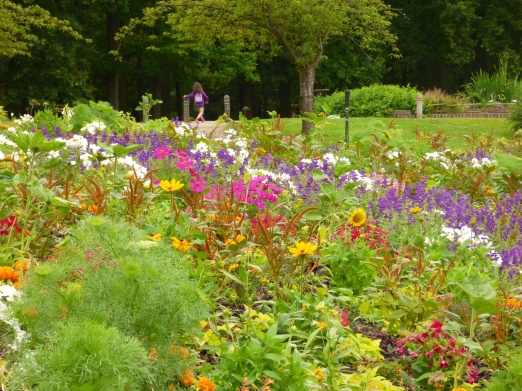 So there I was, the skies were threatening heavy rain, I was in the middle of the relatively empty Parc Floral, a mile away from the metro station, and a 30 minute metro ride from my apartment. New crackles were developing in my eye and I was starting to freak.

Flash forward to a couple of hours later where I found myself sitting in the Urgences Ophtalmologie, the Ophthalmology Emergency Waiting Room, with about twenty other individuals who were all speaking French (of course!). While I could basically make myself be understood as to my immediate concern, I’m also happy I had the presence of mind to type a description of my problem and translate it with my phone app before arriving at the hospital. It certainly helped with communication.

I was checked in by a very kind and efficient woman at the waiting room desk. She copied my personal details from my passport, as well as the local address I gave her, wrote down my concerns, and created a file with my information using folders, papers, and stickers with barcodes and numbers, and then sliding everything into a very large envelope. I was now officially a patient at the Hôpital Hôtel-Dieu Paris in a building erected in 1877 on a spot where there had been a hospital of some sorts since the year 651, just across the street from Notre-Dame Cathedral. Never in my wildest dreams had I ever imagined a situation such as this one.